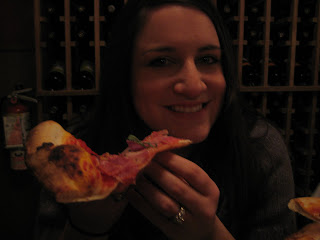 When Cassi-Bob tells you she IS going to a particular pizza place and that you WILL be going with her...well, she is. And you are.

For us, Saturday at noon in the Big Apple was Lombardi's at Spring and Mott in SoHo. They were just opening up their wine cellar seating when we arrived, so the wait wasn't bad. We had to leave by the side door when we finished because the wait at the front door had become that bad.

I think this is what people mean when they talk about real New York-style pizza. Big floppy slices that require folding at the crust to hold the tip together.

Lombardi's uses San Marzano tomato sauce so it's a bit sweet. The mozzarella is globbed in the best possible way.

Had we decided that math was not hard, we would have realized that two smalls and a large could only be consumed if we each ate 5 slices...this did not happen. 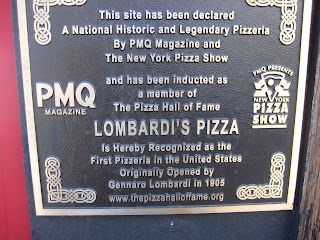 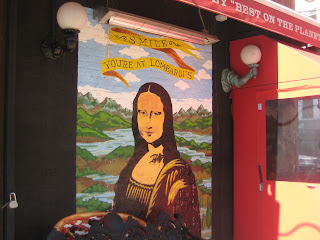 Good lookin' lady almost smiling at you telling you to come in. Or smiling because she just ate some pizza? 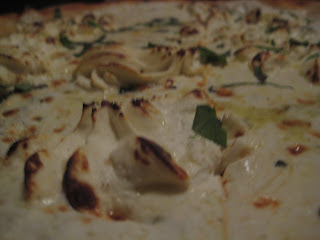 Maaaaaaybe could have used a hint more garlic. 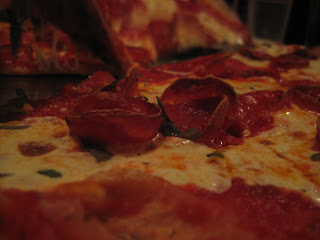 Little crispy discs of pepperoni on san marzano sauce with gobs of mozzarella. 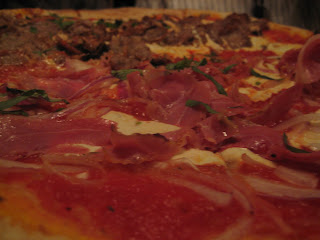 The large. Half pancetta and red onion. Half sausage and mushroom. The mushrooms may have held on to a tad too much liquid. Not good when dealing with crust thin enough to be structurally stressed to begin with.

Final verdict all around was that Lombardi's deserved to have a gold-lettered plaque on the side of the building.

Posted by redneck muppet at 3:09 AM

So...all my blog stalking and I have decided to finally comment...

Thank ya for the shoutout! NYC was a blast! :) and we ate very very well...