The Taquerias of Anaheim, pt. 1

I'll start you off slow. Just one taqueria in this post. And that's mostly because I didn't have a taco.

I get to the hotel about noon on Friday and have not eaten since a cold McDonald's drive-thru for a large coffee and a free McSkillet burrito sometime after 4:30 in the morning in Columbus.

Note to readers, if you think there's some kind of foodie-indie-cred, and that I have just lost it, please remember, you're here for the snark too.

Thankfully, I ran into SK and CW at the Bell Station. They wanted nail work done, I wanted food, and I had a car.

So off we went out the back entrance of Disneyland to the Wonderland shopping plaza on Katella. They found their nail place, and I found this. 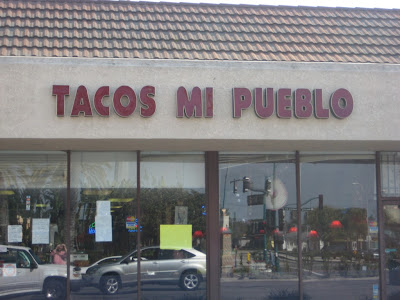 Followed closely by the Modelo below that I grabbed from the cooler at the register. 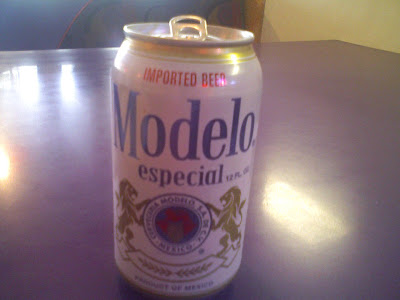 Followed, yes also closely, by a basket of crisp (FRESH) tortillas and a bowl of smoky, piquant salsa. 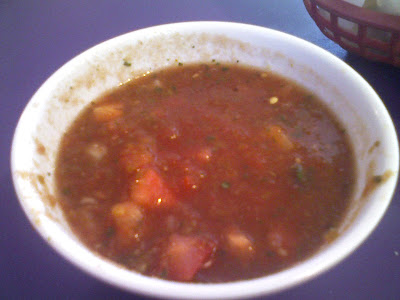 While enjoying my beer, the salsa, and the light coming in to the front of the restaurant as I sat in the relative cool and dark of the back of the joint, I perused.

What to get? What would the table of four middle-aged Mexican women have set down in front of them? Or the family one more table up to the front? 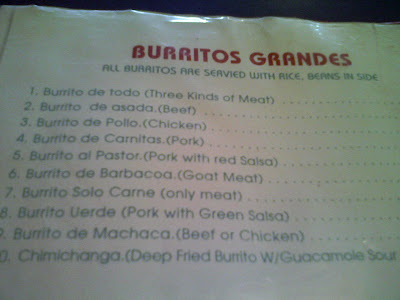 If you can read that and don't know that I ordered the goat burrito, you haven't been keeping up on my fascination with The Dark Prince of Food and Adventure. This was the first Bourdain inspired menu choice of the weekend, it was far from the last or the most inspired. 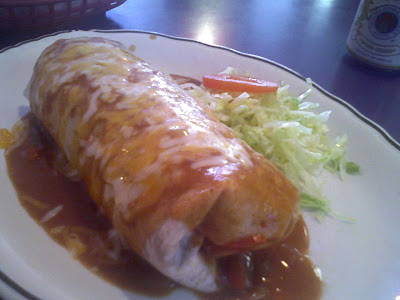 The burrito was packed with goat, a tasty, tender, braised beef-like cut of the meat with a slight game to it. Not Venison, mind you, just a hint of "this is not the normal meat." I'll get it again.

Two of the ladies at the next table got a soup that was tomato-based of some sort, had shrimp in it, and was squeezed with copious amounts of lime before it was consumed.

SK and CW were grossed out when they heard my selection.

That was to be a theme of the weekend.

did you see bourdain's pic in the book "the last supper"? just wondering cause oh. my. god.

i am crazy about that man.

You know, it's funny. I LOVE lamb (all the more if it's being consumed at Kennywood Park or in my Gramma Katusa's backyard right off the spit), but the thought of eating goat meat (I like goat cheese) makes me want to wretch. I think lambs are adorable and tasty; I have no such feeling toward the goat.