Back from the Dead

Or at least back from a week of madness at the office. It takes work to generate that much press over three days of events. And I was tired. That's not to say I didn't eat. That is to say I didn't cook. Not once in almost a week. It sucked.

But that's all over now, and the cooking begins again tomorrow. You'll see pictures of one of my favorite recipes, the "o" face inducing Baked Rigatoni with Eggplant and Spicy Sausage. Plus an endive and radicchio salad with an orange vinaigrette. And I'll likely try to get artsy, cheap, digital pictures of wine bottles and glasses. 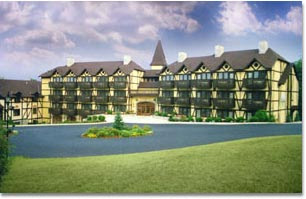 While I was gone, I did eat here. You can see what I had to choose from here.

Please believe me when I tell you that curried cream of crab soup and jaegerschnitzel make a damn fine combination for a meal with 6 of your closest work buddies. Also tried my very first sparkling red. That's right, not a blush, but a full on red, Shiraz actually. With bubbles. Nice. More like bubbly Concord grape juice than wine with bubbles, but that wasn't a bad thing.

I also ate one of the most gorgeous non-sushi-grade pieces of ahi tuna known to man in Morgantown. Two inches thick, and the perfect sear. Felt like a layer of skin with nothing but melting ahi underneath. Sauced too much with a sticky sweet glaze of some sort (they call it "sweet soy"). Great app there as well. It had been a bitterly cold day, an exhausting one, and there was another hell of a trek the next morning. So a real deal french onion soup, with deep, rich broth and more cheese than I care to tell and cardiologist, was a beautiful way to warm up and relax.

Mostly though, I should tell you about their house salad. Prepared tableside. Mixed greens on the hearty ice-berg-like side, with some softer greens as well. Lots of big red onion slices, and a dressing that included, at least, gorgonzola, sundried tomatoes, and celery ceed. It was a delicious blend of crispy and chewy and salty and bitter and sweet. I really could not stop eating it. And I had just inhaled the full bowl of french onion soup. Mmmmmmm. Damn I was lucky. 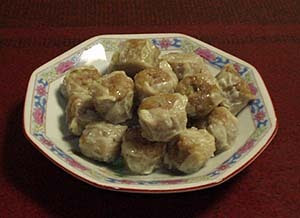 Came back to Charly-West and stuffed face at Ichiban with (I'm not kidding here) two butter fish, two orders of wasabi shumai, one order each of laotian and chicken egg rolls, two orders of rockfish tempura, three tubs of edamame, and a double roll of jalapeno smelt with tempura shrimp and an avacado/filet rainbow on the outside TO START. It's good to Ichiban with G and 8 other pals to catch back up with the family I get to choose.

Followed up the app fest with the Souhala filet. That's the seared scallop in a pocketed filet with ooey-gooey sweet sauce goodness and some spinach thrown about with great gusto for flavor. Sticky rice here too.

Posted by redneck muppet at 1:22 PM

Email ThisBlogThis!Share to TwitterShare to FacebookShare to Pinterest
Labels: travel